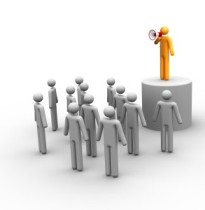 Just click on the news items below to find out more…

The new urban divide reminds us why location matters most

Low CPI is good news for home buyers and renters

Housing affordability may be turning

Rents continue on a downwards spiral

Sydney’s premium suburbs are much more expensive than anywhere else

Is the credit growth finally showing signs of slowing down..?

No stopping investors with another monthly record smashed

An investment property that costs just $35 a week?

Time for investors to move away from Interest Only

New record high reached for the value of investment loans

50 suburbs where houses are outperforming units

Are significant corrections coming to the Sydney market?

Has your property out performed inflation...

Top 5 most affordable suburbs within 10km of the CBD

Some words of caution on housing supply - February 2015

There's never been a better time to reform stamp duties

Negative Gearing: 10 reasons why it is so important

Foreign investment: Is it all a beat-up..?

May 2014: Investment housing continues to grow but at what cost..?

Foreign Investors-Is it really that bad?

Market update things looking good for 2014 and beyond

Termites - an article that you can't afford not to read...

Construction Work Done Dec 13 Qtr - the effect of the decline in mining construction is not as significant at this stage...

Building Approvals Dec 13 Qtr - still in growth phase but at a slower rate...

Australian housing in a growth phase...

Could you self manage your property... read about a real life tragedy

August ABS figures show strong activity in new dwellings...but beware of paying too much or selling too soon!

All real estate agents must now have PI insurance

Estate agent jailed for helping himself to $800,000 from the trust fund

Finally plumbing laws will be uniformed nationally after 1 July 2012...Yahoo!

Job market cools as activity dries up - property market to suffer from fall-out...

10  Reasons To Be Optimistic About Australia's Future...

Bursting The Bubble - Myth or Fact according to REIA research

CPI figures for June 11 place interest rises back on agenda

Market Wrap - all the facts and figures...

Building Approvals Oct 10 - My take on the contiued decline...

The RBA has got it wrong according to the recent REIA Report...

Will the Dumping of the BIG Aust Policy Effect Property Prices in the Years Ahead...

Top 13 Sydney Suburbs to buy now...selected by the API panel of experts

The Property Bubble - WIll It Burst...the REIA sheds light on the Reserve Bank findings...

Housing Shortage Update-the best is yet to come...

Melbourne Forecast to out grow Sydney

Vacancy rates up for Sydney...is it the beginning of the end?

The figures for May 2014 show, in trend terms, that the number of owner-occupied finance commitments increased by 0.1 per cent, following monthly increases of 0.1 per cent for the first four months of 2014.

If refinancing is excluded, in trend terms for May, the number of owner-occupied finance commitments fell by 0.3 per cent – the fourth consecutive drop this year.

This is a concern as it indicates that the rapid rise in housing prices in Sydney and Melbourne may be effecting housing affordability and buyer confidence for the local market which is lagging behind the investor market. Many of the off-the-plan sales over the past 2 years in Sydney have been to overseas non residence and first generation migrants. There appears to be a 2 speed property market which is being down played.

It is no surprise to see Queensland and South Australia showing increases, even though moderate as these states have been lagging behind Sydney and Melbourne and the housing affordability is much better. Western Australia is still benefiting from the mining money which is being reinvested by the workers into housing.

The value of investment housing commitments again increased but by a more moderate rate of 0.3 per cent in May, following over three years of consecutive monthly increases.

The proportion of first home buyers in the number of owner-occupied housing finance commitments increased to 12.6 per cent compared to 12.3 per cent in April, which was level with the historical low point of November 2013.